Commercial activity was in full sail during the thirteenth, fourteenth and fifteenth centuries, despite recurrent crises. This stimulated the creation of different institutions designed to legitimise the growing power of the merchant class and to foster and regulate economic activity. 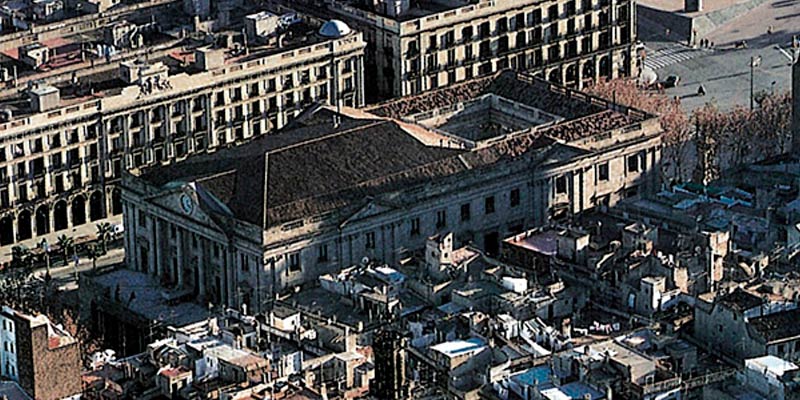 Barcelona: spearheading trade in the Mediterranean

The population of Catalonia doubled between the eleventh and thirteenth centuries on the back of the development of farming, manufacturing and commercial activity. Despite the crisis the country went through, Barcelona held its place as one of the foremost trading cities in the Mediterranean. The merchants required ever-more space and this led to the expansion of their centre of operations at the Llotja. 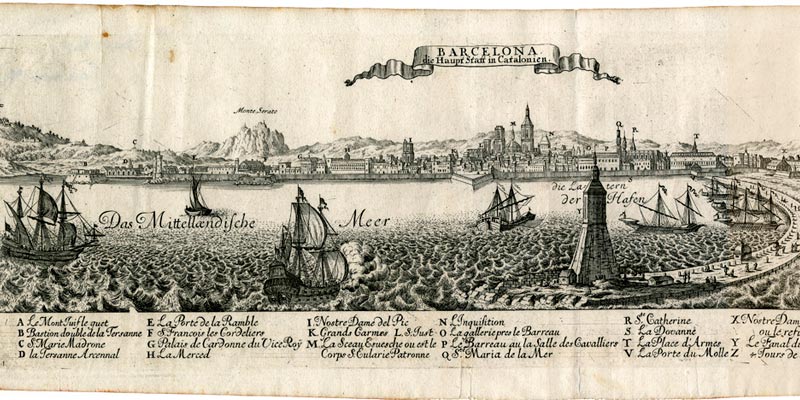 The years of splendour

This century of full and splendid harmony for Llotja de Mar saw the building of the Renaissance arcade and a large chapel to replace the original one. It was also home to the main events organised by the Consolat de Mar quasi-judicial body and the Consell de Cent government institution. 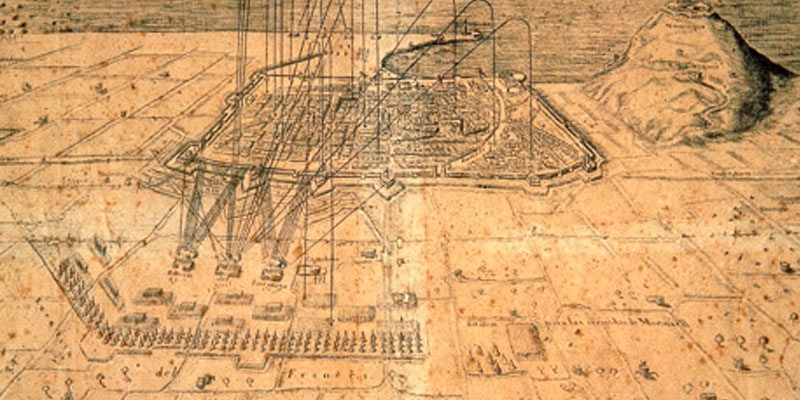 Llotja de Mar, main witness to the economic crisis of Catalonia and the events of 11 September

Catalonia underwent a major economic and social crisis between the fourteenth and sixteenth centuries. Llotja de Mar gradually fell into decline starting from the seventeenth century. The year 1714 was a key date in its process of degradation. Bourbon troops, under the command of the Duke of Berwick, entered Barcelona on 11 September. Philip V took over the Llotja to turn it into barracks. Alexandre de Rez, an army engineer and brigadier, was tasked with the reform works. The occupation of Llotja de Mar was complete. 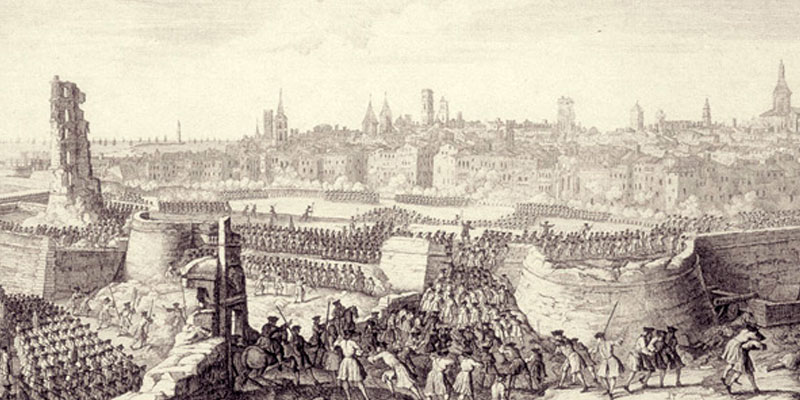 The eighteenth century saw the start of a period of sustained economic growth in Catalonia and the population doubled. Farmers put their efforts into growing crops that could boost production and specialisation enabled the surpluses to be sold. Traditional manufacturing involving wool, iron and paper expanded and new industries like cotton were created. 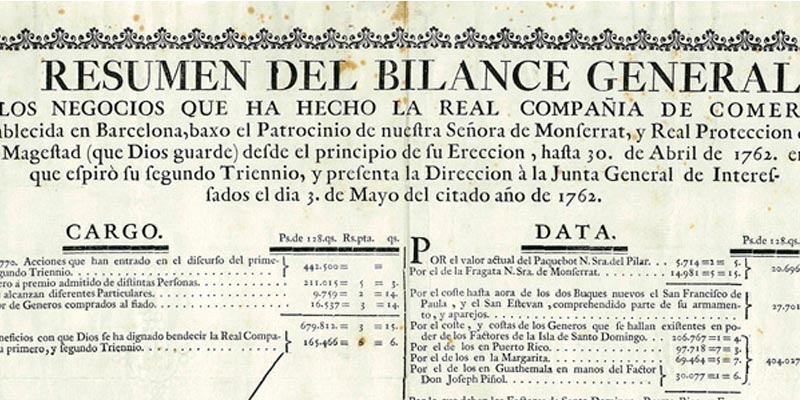 The new Llotja of Barcelona

The inauguration of the new Llotja took place in the autumn of 1802, on the occasion of the celebration in Barcelona of the weddings of two children of Charles IV, Ferdinand and Maria Isabel. The building was the residence of prime minister Manuel de Godoy during the festivities 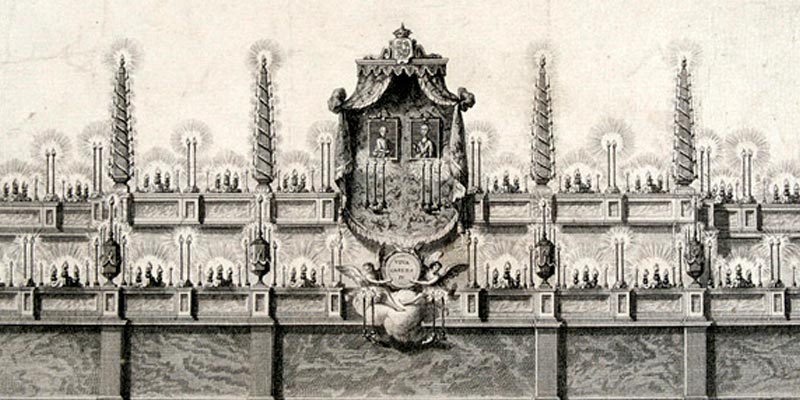 The growth of the Official Chamber of Commerce, Industry and Navigation of Barcelona

The growth of the Barcelona Chamber of Commerce and the different entities that worked out of the Chamber increased the occupied space of the building. By 1909 the noble floor, i.e., where the Ships, Gilded and Lucretia halls were found, was being used once more. 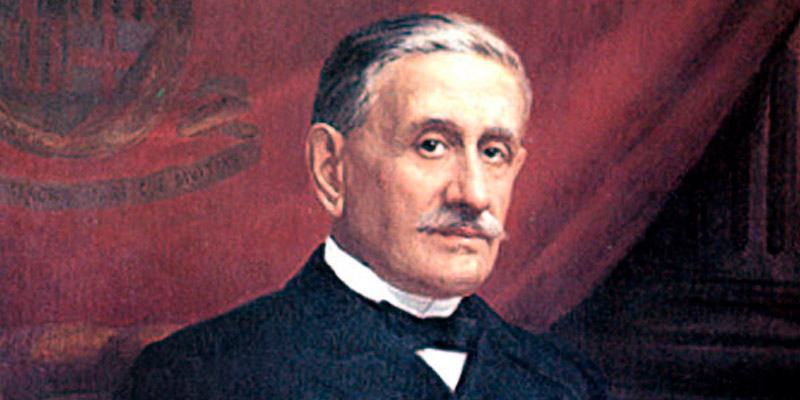 Following the 2002 reform works to adapt Llotja de Mar to the needs of the twenty-first century, the Barcelona Chamber is today tasked with managing and maintaining the building. Llotja de Mar is open to the public and to all organisations that would like to hold functions there. 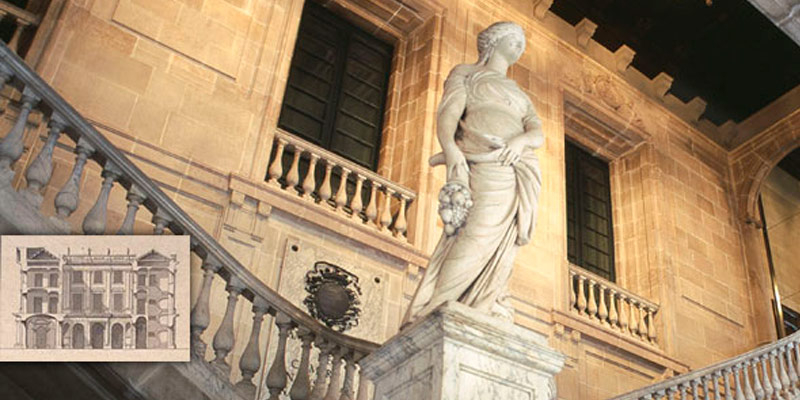